By Rebecca Lawrence For Mailonline

She is currently expecting her second child.

And Binky Felstead, 30, compared her different experiences with pregnancy as she shared a new snap alongside a throwback.

Alongside a picture of her current baby bump, she posted a picture taken when she was pregnant with daughter India, now three. 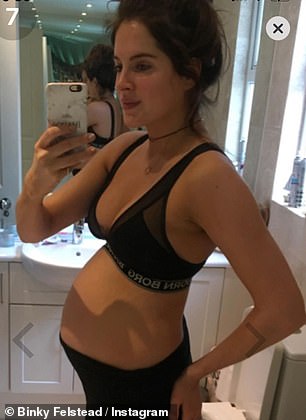 Now and then: Binky Felstead, 30, compared her experiences with pregnancy as she shared a new snap (left) alongside a throwback  when she was pregnant with daughter India in 2017

Binky looked radiant as she posed in a black crop top and grey jogging bottoms, opting for no makeup so she could show her pregnant glow.

The throwback snap saw Binky clad in all-black as she snapped a selife in the bathroom mirror.

Alongside the shots, she penned: ‘Swipe right to see my baby bump with India taken in the same month as this one! Different hey!

‘SO many people messaged me telling me what I was having just by looking at my bump shape- I was intrigued if there was anything in what people were saying.. being able to tell the sex of your baby before knowing etc ..

‘So I asked my Dr and he didn’t agree that you can tell just by looking at the shape. Interesting though how people’s opinions differ [sic]’. 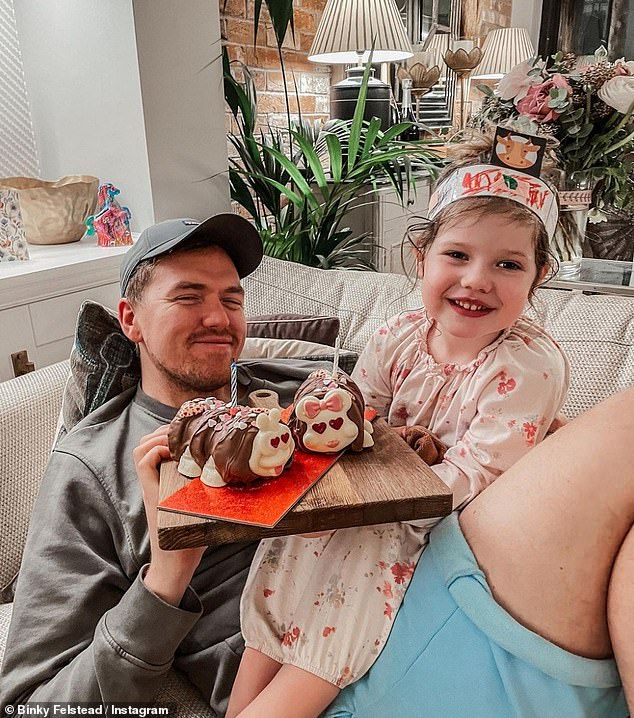 Binky has not confirmed how far along she is with her pregnancy, but has revealed her son is due in the spring.

Binky recently admitted that she can’t wait to see ‘man of her dreams’ Max Darnton hold their baby boy for the first time when he is born.

The former Made In Chelsea star said her fiancé will be an ‘incredible’ father, and admitted he is already great with her daughter India, who she shares with ex Josh Patterson.

She told new! magazine: I’m very excited, I can’t wait to see him with his baby. I think there is nothing nicer in the world than seeing the man of your dreams holding your brand-new baby. It’s going to be the best feeling ever.’

Binky and Max have been in a relationship for two years after meeting at Soho Farmhouse and he popped the question last September.

The reality personality also discussed how she thinks her daughter will adjust to the new arrival, but admitted she thinks India will be great because she’s ‘motherly’.

She said: ‘She talks about it with me all the time and rubs my tummy. I’m not worried about her at all. I think she’s going to really flourish and she will be very helpful when the time comes.

‘She’s very very motherly already. India will be a protective big sister but she won’t be able to share her birthday cake!’ 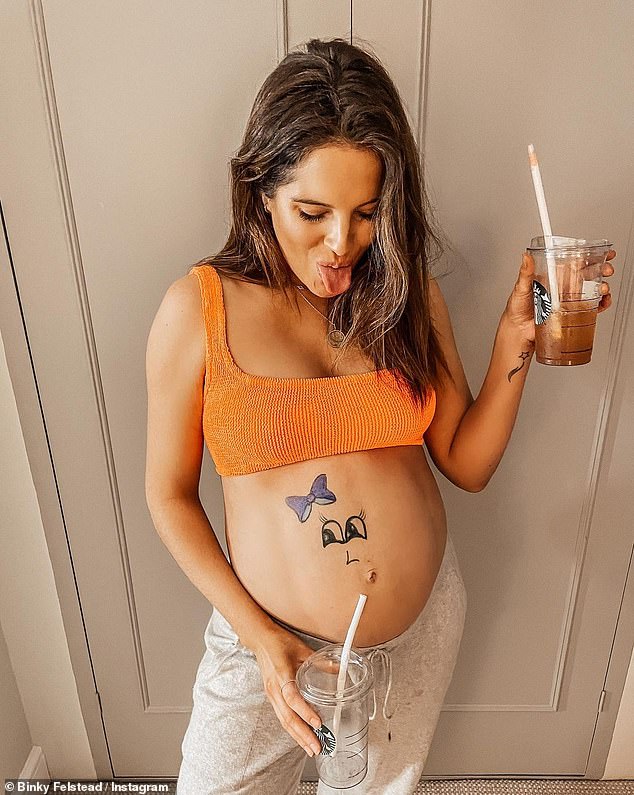 Coming soon: Binky recently admitted that she can’t wait to see ‘man of her dreams’ Max hold their baby boy for the first time when he is born