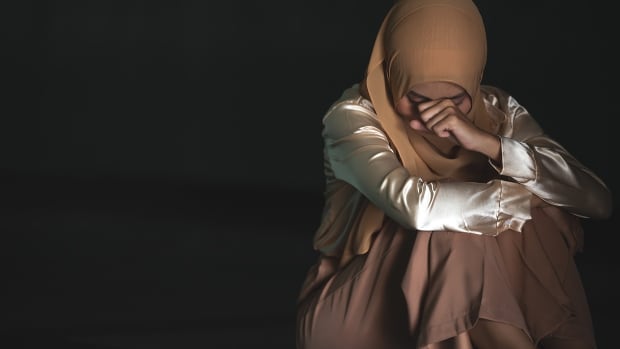 A lack of cultural understanding in Manitoba’s women’s shelters is endangering some newcomer women and their children, who may feel they have no choice but to remain in violent households rather than seek help, a concerned advocate says.

Safe spaces that provide shelter and resources for women escaping domestic abuse are even more essential now, as research has shown a rise in the frequency and severity of domestic violence during the COVID-19 pandemic.

“As the mosaic population of Manitoba is changing, there is a great need to also change the way we offer services… which is not done at this time,” said Zita Somakoko, who heads the advocacy group Breaking the Silence on Domestic Violence.

She gave the example of a mother and her son who ate nothing but bread and water for a week because a shelter didn’t accommodate their religious dietary needs.

In another case, a man was allowed to enter the living quarters of a group of Muslim women who had already removed their hijabs — which many Muslim women wear to maintain modesty and privacy from men they aren’t related to.

In yet another instance, Somakoko said she had to personally appeal to the executive director of a shelter that was about to evict a woman who had come there to escape violence.

The shelter had taken the woman’s hesitancy to discuss divorcing her abusive husband as proof that she had made the whole thing up.

“That woman reached out because she said, ‘they are treating us like I don’t know what, it’s horrible what is happening here,'” Somakoko said.

But “for many cultures, divorce is not something that is easily tackled.”

She immediately set about trying to convince the shelter that the woman’s need for help was urgent.

“I’m like, really? So you mean to tell me that this woman has a home… she’s paying mortgage on her home [and] you think that she’d just leave her home in the middle of the night to come into a crowded shelter because… she’s just looking for some pity?” Somakoko said, recalling her conversation with the shelter’s executive director.

Despite the importance of shelters — the primary gateway for resources for women escaping domestic abuse —Somakoko says some immigrant and refugee women have stopped reaching out to Manitoba shelters, because they fear they will experience “second-hand victimization” when they do.

The situation has led some Winnipeggers to look for solutions outside the province.

Yasmine Youssef is the national director of Nisa Homes, a network of transitional shelters in four provinces that primarily serves Muslim newcomer women.

The clients we’ve served … tell us, ‘The only reason I left my abusive household was because I knew that you spoke my language and you looked like me, and you understand my culture.’– Yasmine Youssef, national director of Nisa Homes

“It’s very hard to know why someone did not reach out [to a shelter] but from…the clients we’ve served, many of them, actually the majority of them tell us, ‘The only reason I left my abusive household was because I knew that you spoke my language and you looked like me, and you understand my culture,'” she said.

She says concerned women from Winnipeg contacted Nisa Homes about opening a shelter in Manitoba.

While a needs assessment for a Nisa Homes shelter in Winnipeg was completed, the project has stalled because of the COVID-19 pandemic.

However, Youssef says there are changes that existing shelters can make to be more inclusive.

“The changes we have in our homes … are so small; they are not huge changes where you have to change up the structure of the building or anything,” she said.

They include having staff that speaks clients’ languages and making sure staff have anti-racism training, as well as equity and diversity training, Youssef said.

Another change may be providing meals that meet client’s religious requirements, such as kosher or halal foods — “things like that, which is not the end of the world to implement but which goes a long way in supporting these clients,” Youssef said.

The issue of cultural sensitivity is one that the Manitoba Association of Women’s Shelters “has been aware of for some time,” said Amrita Chavan, a communications specialist with the association.

She says MAWS has realized that immigrant, newcomer, refugee women and families are a very vulnerable group because “they experience so many unique challenges,” ranging from language barriers to a lack of awareness of services and rights.

The association has begun trying to bridge the gap between shelters and the newcomer community.

In November last year, it launched an awareness campaign in five languages to let newcomer women know about the available services. Chavan said that was just a “first step.”

They followed up in December with the launch of a project called Centreing the Rights of Women at the Margins.

The project, which is expected to run for two to three years, aims to serve immigrant, newcomer and refugee women, along with Indigenous women and girls, 2SLGBTQQIA folks, trans women, seniors, people with disabilities or experiencing mental illness, and women from rural, northern or remote areas, among others, says a project document.

“A focus of that project is to make the entire gender-based violence system in Manitoba more inclusive, more culturally respectful,” Chavan said about the project, which launched on Human Rights Day last year.

“[It’s] really looking at groups that are even more vulnerable and how we make the shelter system more accessible for these groups.”

Violence against women happens in every community. But women from newcomer communities face specific barriers to getting help and finding safety. Amrita Chavan Communications Specialist at Manitoba Association of Women’s Shelters or MAWS tells host Marcy Markusa about an initiative to reach more newcomer women BECAUSE now that more newcomer women are using shelters, social and cultural taboos still prevent them from reaching out for help. 8:34

Nisa Homes’ Youssef noted that there are resources available for Manitoba’s shelters to draw on, pointing to Indigenous shelters where “the way that they approach the healing is very much rooted in the Indigenous culture and that gives the clients a sense of belonging, a sense of safety.”

“If you’re fleeing violence, that safety and belonging and security has been taken from you by force for so long that even having that might not make you feel safe, but it’s a step in the right direction.”

Fearing ‘second-hand victimization,’ some newcomers may not reach out to women’s shelters: advocate | CBC News