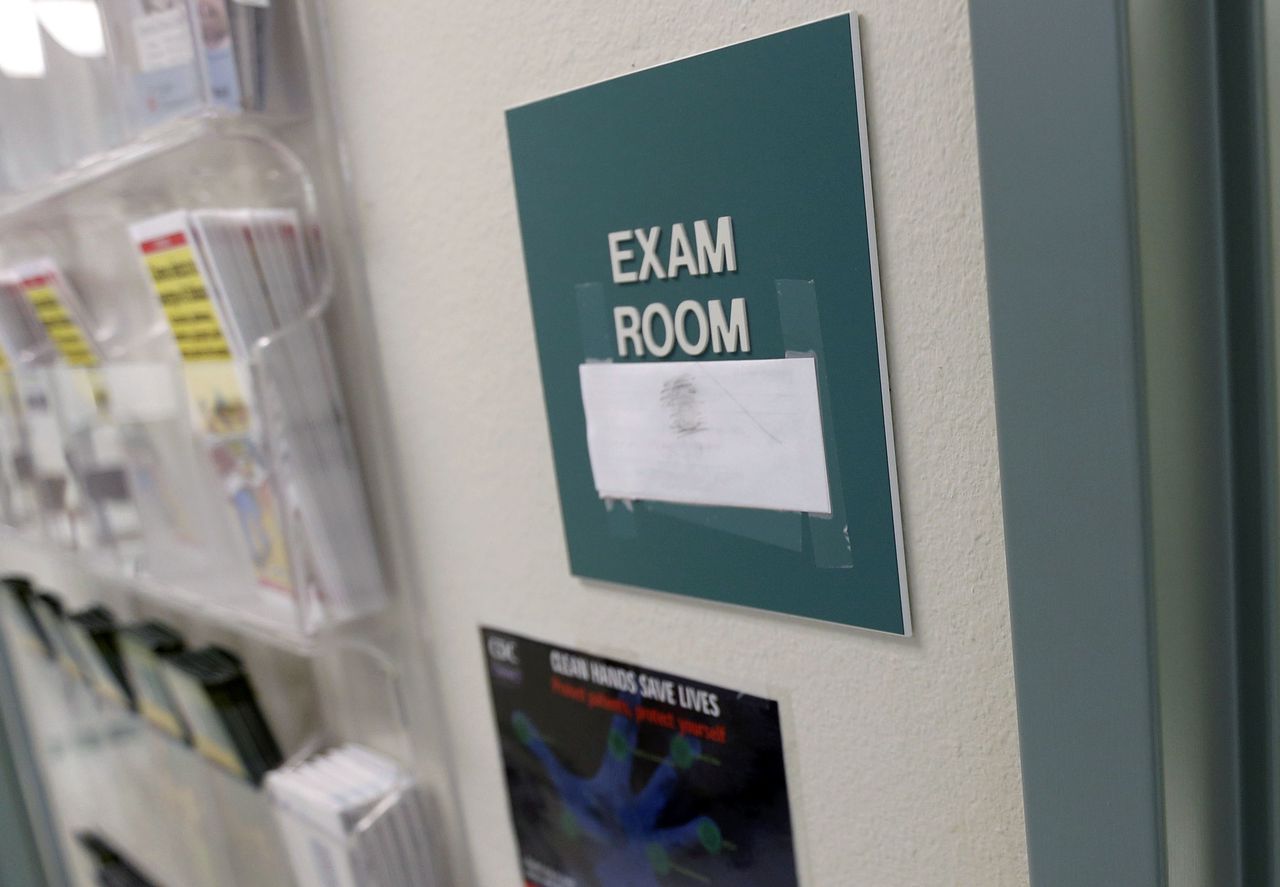 All it takes is a small amount of pressure around the neck.

A strangulation victim can lose consciousness in seconds and die in about a minute.

Those who survive can suffer long-term, life-threatening injuries.

Victims of non-fatal strangulation are at a higher risk of being assaulted again by their abuser and seven times more likely to become homicide victims compared to domestic violence victims who are not choked.

Last year, the Gloucester County Prosecutor’s Office saw the number of domestic violence cases it handles rise to 626 from 557 the previous year. More than 1 in 6 of them involved charges of strangulation in 2021.

Facts and figures like these, and a move in New Jersey last year to toughen penalties for domestic violence strangulation assault, have propelled this prosecutor’s office to launch a new effort.

The prosecutor’s office has created a Domestic Violence Strangulation Response Team, made up of forensic nurses, law enforcement, victim advocates and staff at local hospitals, to provide immediate support and protection for victims.

The team will also give prosecutors the most comprehensive evidence available to pursue criminal charges.

“Essentially, this will be a rapid response capacity centered on hospital ER reports of strangulation injuries, because cases involving a non-fatal strangulation attempt are indication of intense anger and right on the edge of being a homicide,” explained Chief of Detectives Tom Gilbert.

Many of these crimes go unreported by victims out of fear of further violence or a reluctance to see a partner arrested. If they do go to the police, they may be reluctant to pursue a restraining order or cooperate with the prosecution.

Investigators and victim advocates fear the coronavirus pandemic has left many more crimes unreported, as victims were forced to shelter with their abusers and opportunities for contact with the outside world were limited, particularly in 2020 when many stay-at-home orders were in effect.

One in four women will experience intimate partner violence in their lifetime and, of women at high risk, up to 68 percent will suffer near-fatal strangulation by their partner, according to The Training Institute on Strangulation Prevention, which provides education and training to agencies combating domestic violence in local communities worldwide, including the GCPO.

Research has demonstrated that this type of assault is a red flag for predicting future domestic violence homicides, explained Eileen Caraker, forensic nurse coordinator with the GCPO.

For these reasons, New Jersey took action in July to raise domestic violence strangulation assault from a third-degree crime to a second-degree offense punishable by up to 10 years in prison, a $150,000 fine or both. As a third-degree crime, offenders faced up to five years and a $15,000 fine.

Gloucester’s Domestic Violence Strangulation Response Team is modeled on the Sexual Assault Response Teams which have been in place for decades to provide a similar, multi-disciplinary approach. Supported by a federal Violence Against Women Act grant, this new effort will utilize training forensic nurses have already received through SART to identify evidence of strangulation.

In addition to treating injuries, forensic nurses will document what happened, both by collecting physical evidence and through speaking with patients, and victim advocates will be on hand to explain the options someone has to remove themselves from a dangerous situation.

“Those victims, we know, take a long time to be able to make those choices to get away or set up a plan to get away, Caraker said. “The reason we are doing this is we know lethality is really high … once it happens once, that victim is 750% more likely to be a victim of homicide if they remain with that person.”

Education is vital in overcoming misconceptions about non-fatal strangulation, she said. A victim who briefly passed out may feel fine, but they could have damage that’s not readily apparent, Caraker said, noting that half of victims have no visible injuries.

“We always want to make the point that just because someone doesn’t have an injury externally on their skin doesn’t mean it isn’t as important,” Caraker said. “It’s not less of a crime whether we have bruising.”

“We’re trying to educate them that this really is different … it’s really different violence,” according to Caraker. “This act doesn’t go without long-term injury, just like a football player with traumatic brain injury. If we deprive oxygen to the brain, there’s going to be some injury to that brain.”

In addition, applying pressure around the neck — such as someone squeezing their forearm around a victim’s neck or placing a pillow over someone’s face — can cause a tear in the carotid arteries that supply blood to the brain.

“A nick in the carotid artery could then later lead to a stroke,” she said. “I don’t think people realize that the act of doing that to the neck is so dangerous.”

The new initiative, which officially launched this month, includes educating police officers about what questions to ask and signs to look for when responding to a home. They are often the first to come in contact with a victim who may initially deny anything happened, Caraker said. Officers know to separate victims from assailants and offer them services.

The prosecutor’s office has agreements with hospital operators Inspira Health and Jefferson Health, where patients can be taken for treatment and evaluation.

On-call forensic nurses conduct a head-to-toe examination and use alternate light sources to look for bruising evidence and specialized cameras to document injuries. These nurses also interview victims to compile a detailed breakdown of what they experienced.

These nurses are able to testify in court — under a medical exemption to hearsay evidence — about what a victim said happened during the assault, because that information was gathered for medical treatment of the patient, Caraker explained.

“We can speak to the patients telling me about the sensations,” she said. “How did they feel? How did it hurt? All of the details can come out in court with the nurse’s testimony.”

Monmouth launched a similar program in 2019 and Ocean began one in October of last year. In addition to Gloucester, four other counties — Cape May, Middlesex, Hudson and Somerset — plan to start these programs this year.

Officials with Inspira Health and Jefferson Health expressed support for this new initiative in Gloucester County.

“We continue to remain concerned that COVID-19 has decreased the reporting of domestic violence cases,” Inspira Health President and CEO Amy Mansue said in a statement. “We are grateful to Prosecutor Hoffman for leading the creation of an expert team to aid victims of domestic violence strangulation. This will save lives and encourage more people to seek protection for themselves and their families.”

“We wholeheartedly support the Gloucester County Prosecutor’s Office in this effort,” Sweeney said, “and will work closely with its team to provide specialized care and support to these victims of domestic violence.”

Caraker shares Mansue’s concerns about cases that haven’t been reported because of the pandemic.

“What we know is that stress levels are just higher for everyone and if you’re already in a vulnerable position, if you’re in a living condition with violence, that violence is escalating,” she said. “What COVID did was isolate people more. It’s less likely that people are going to report or be seen if they have an injury.”

Getting victims to follow through with charges and seek help is already a big challenge, Caraker acknowledged, but she’s hopeful the new response team and more education can make a difference. The goal is to teach patients about the damage they could suffer and let them know their options — such as restraining orders and protective housing — so they understand they aren’t trapped.

“Many times, they’re just not even ready to speak of it. They’re afraid. There’s children in common … There’s all these things that make someone really slow down to think about that,” she said.

Victims may make several trips to an emergency room before they are ready to admit they are being abused, Caraker noted.

“When a victim is ready to disclose, we have to be ready with services. It has to be more of a team effort.”

Caraker described an abuse victim she knows who has declined past efforts to get her help, but may be turning a corner.

“This time it feels different,” she said. “It feels like she’s really ready to go forward. What will happen in the end I don’t know, but she’s moving in the direction of getting away.”

Victims of recent domestic violence should go to their nearest emergency department for immediate help, Caraker advised. Counseling services in Gloucester County are available at 856-964-7378

Also, each New Jersey county has a domestic violence advocacy program, she noted. Additional support is available from the New Jersey Coalition to End Domestic Violence.

Our journalism needs your support. Please subscribe today to NJ.com.

Matt Gray may be reached at [email protected].