Eight years on from orchestrating one of the most famous sporting comebacks of modern times, our greatest living sailor is going to need all the same qualities — notably tungsten nerves and phenomenal focus — to do it again.

By the time Britain has finished breakfast on Saturday morning, we should already know whether Sir Ben Ainslie is staging a repeat performance — or whether he has taken things even closer to the brink in his quest for the oldest and most elusive trophy in sport: the America’s Cup.

However, a local outbreak of Covid then curtailed racing all week, leaving the scoreboard unchanged from last weekend with the Italians enjoying a 4-0 lead.

Competition resumed overnight off Auckland, with the first boat to win seven races going through to next month’s final against the defenders, Emirates Team New Zealand.

With such a comfortable lead, one might expect the Italians to have been in buoyant mood. Instead, they used lawyers to try to take advantage of the Covid situation.

When the race organisers said that they wanted to extend the schedule for the semi-finals, Luna Rossa objected. As the challenger of record, they refused to allow the semi-finals to go beyond the original completion date of next Wednesday. 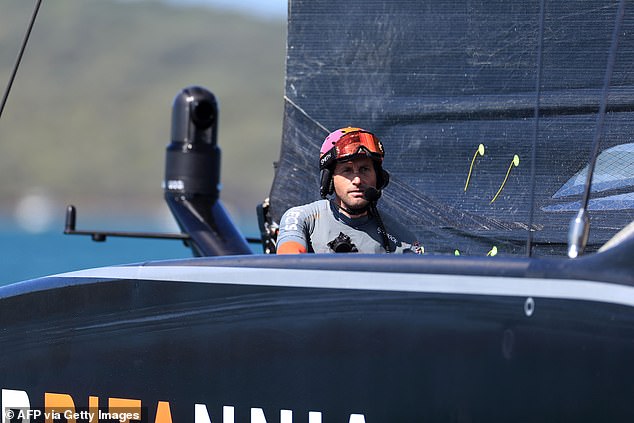 Britannia and Luna Rossa have been locked in semi-final races off Auckland, New Zealand

At which point, their lawyers insisted, the prevailing score should stand.

It was a desperate move. The race organisers were so appalled that they accused the Italians of a lack of ‘honour and respect’, and Sir Ben branded them ‘Machiavellian’.

But you can see why Luna Rossa were rattled. Not only is the short-term weather pattern in their favour (they prefer light airs) but Sir Ben does love a comeback. A few weeks ago, in the previous phase of this tournament, he had not won a single race — until it mattered. Then he won six on the trot.

Not that this famously single-minded master tactician is going to dwell on past glories right now. ‘We’ve got to keep focused and not get carried away,’ he tells me. ‘We can’t get ahead of ourselves. We haven’t won anything yet.’

In the case of Sir Ben himself, of course, that is nonsense. With four Olympic gold medals (plus a silver), he is the most successful Olympic sailor of all time. 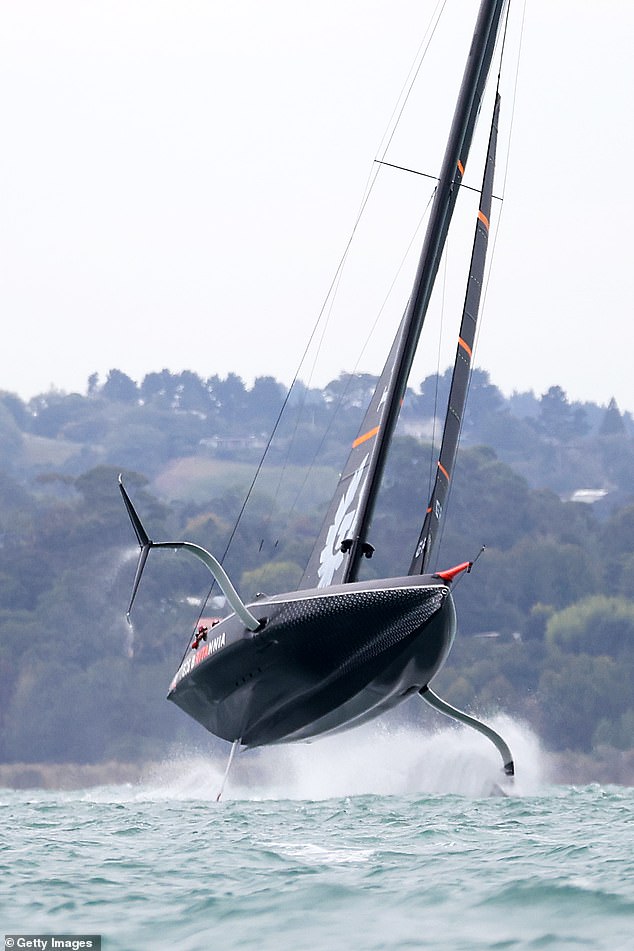 Then, in 2013, he was parachuted into the final of the America’s Cup in San Francisco just as the defending champions, Oracle Team USA, were trailing New Zealand 8-1. Ainslie led them to a 9-8 triumph. It remains one of the greatest fightbacks in any final of any sport — ever.

So when Ineos Team UK morphed from constant losers to 6-0 winners in the last round of this tournament, their rivals accused the British of deliberately underperforming — or ‘sandbagging’.

Sir Ben pooh-poohs the charge. ‘We just couldn’t get round the course,’ he says simply, pointing out that his crew were still tweaking and tuning in the early phase. At which point, the Italians tried another legal tactic, assisted by a telephoto lens.

They reported Ainslie’s boat for having a particular piece of rope which contravened the small print, even though the race marshals had approved it. The technical infringement earned Ainslie a yellow card. Sir Ben remains stoical: ‘It’s part of the game but we can’t afford to get distracted.’

Indeed not, when you have a £110million budget from the Ineos chemicals empire.

Yet Sir Ben exudes a Zen-like calm — he is a fan of yoga — as he chats to me via his laptop over his morning coffee. 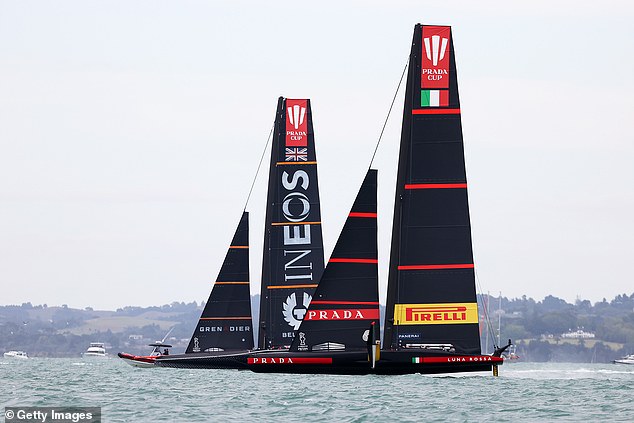 A local outbreak of Covid curtailed racing all week, with the Italians enjoying a 4-0 lead

I ask him what is going on in that titanium headspace each time he pulls off one of those famous comebacks.

‘You can’t ever give up. You set a goal and, until it’s over, you can’t ever stop short of pursuing that goal,’ he reflects. ‘It’s perseverance, and I suppose a bit of stubbornness.’

Where Sir Ben differs from many other great captains is that he avoids Sir Alex Ferguson’s famous ‘hairdryer treatment’. Former team-mates have called him ‘the quietest man in the boat’.

‘It’s not about having a rant and a rave. As soon as people start over-reacting, they make bad decisions,’ he says.

What I find most extraordinary about him is, simply, the time-scale. This year is his silver jubilee — 25 years since he won his first Olympic medal at Atlanta in 1996 — and he remains right at the top of his profession.

To be world-class at anything for quarter of a century is impressive. It is astonishing in elite sport. John Major was in power and a new band called the Spice Girls had just arrived when Ainslie was first on an Olympic podium.

Now 44, does he ever think of doing something else?

‘There are lots and lots of things on the bucket list but now the goal is to win the America’s Cup, whether as a sailor or managing the team,’ he says. ‘Hopefully we can achieve it in this cycle. But if we don’t we’ve got to keep going.’

In other words, he is not giving up until he has nailed this thing. I think, by now, we all know how that tends to pan out.

Sir Ben hanging on to America’s Cup dream as comeback king insists: ‘My No 1 rule is do NOT give up’