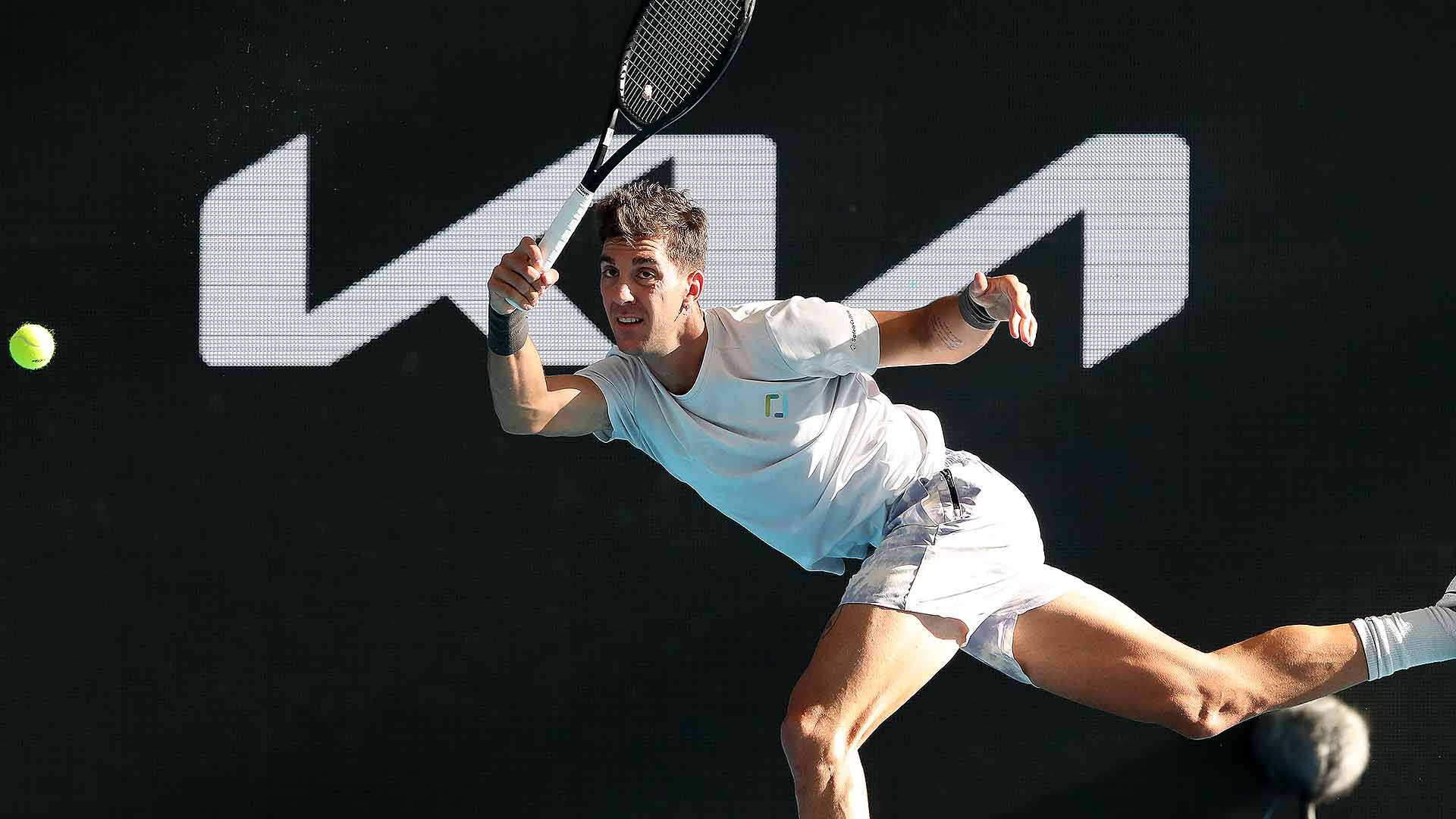 After neither player conjured a break-point opportunity in the first two sets, the 25-year-old secured the winning break in the first game of the third set to electrify an already charged Adelaide crowd.

It is an emotional and validating victory for Kokkinakis, who reached a career-high ATP Ranking of No. 69 as a 19-year-old in 2015, only to see his career derailed by a devastating series of injuries.

“I wouldn’t want to win my first title anywhere else,” said Kokkinakis, who out-aced his opponent 18 to 15. “To my family, friends and coaches, what a ride it’s been. You have seen me at my lowest lows and now the highest high. It’s been a serious journey. For now I am so happy.

“I’ve been playing and practising on this court since I was eight or nine years old, coming here before school every day. I love this court so much.”

Coming into the week at No. 145 following a semi-final showing the week before in Adelaide, Kokkinakis will now turn his attention to the Australian Open, at which he required a wild card into the main draw.

Kokkinakis dropped serve just twice during his run to his second ATP Tour final (l. Querrey at Los Cabos, 2017) and did not offer the five-time All-American at Texas A&M University a break opportunity in tonight’s final.

Kokkinakis endured a gruelling path to the title, surviving three tie-breaks against John Isner in the second round, a come-from-behind three-set win over countryman Aleksandar Vukic in the quarter-finals and a 22-point third-set tie-break against Marin Cilic in the semi-finals, during which he saved two match points.

Little separated the players in the first set, which didn’t feature a break point opportunity or a mini-break until the final point of the tie-break, when Kokkinakis dumped a crosscourt forehand into the net. The dominance of the serve was hardly a surprise: Both players had dropped serve just twice coming into the final.

Kokkinakis went down a mini-break at the beginning of the second-set tie-break but quickly regained the momentum with a serious of heavy forehands and took the match to a third set, where he claimed the decisive break in the first game. He also broke Rinderknech in the final game of the match.

The 26-year-old ended 2021 at career-high No. 58 in the ATP Rankings after advancing to the Kitzbuehel semi-finals and by reaching six other ATP Tour quarter-finals en route to bagging 18 tour-level wins.