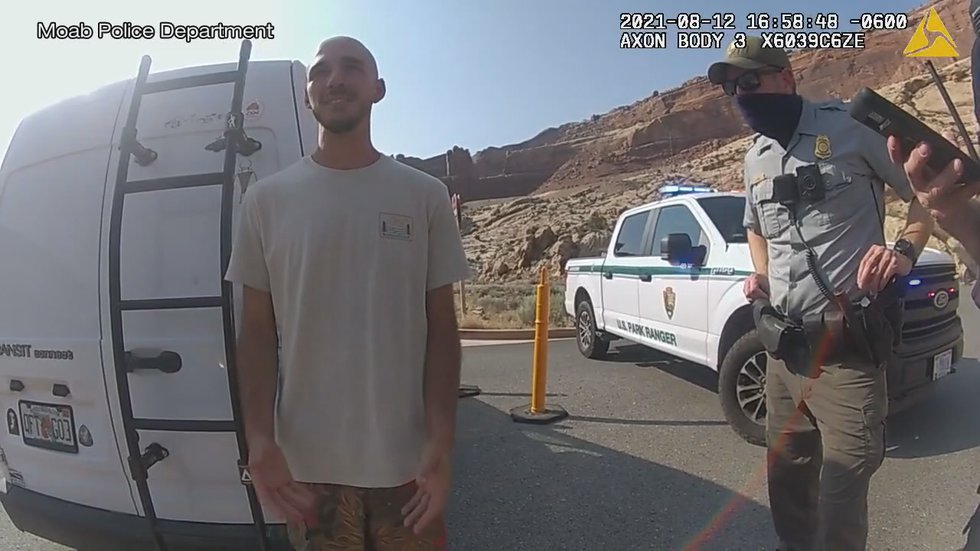 NORTH PORT, Fla. (WWSB) – Local experts in domestic abuse cases and law enforcement say police in Utah made several mistakes in their Aug. 12 interaction with Gabby Petito and Brian Laundrie, but it’s a teachable moment that can save lives going forward.

The Moab, Utah, Police Department on Wednesday released a 102-page report after an independent investigation. The report noted that while the Moab officers that responded to the domestic violence call “showed kindness, respect and empathy,” they made several unintentional mistakes.

The report criticized the officers for not following the letter of the law and charging Petito for striking Laundrie, and instead only separating them for the night and letting them go on their way the next day.

The center helps many women and men with domestic violence issues. Sigrid, an advocate and a former member of law enforcement, says the Gabby and Brian situation was tragic, but it should help a lot of people.

“Cases like Gabby Petito, when there’s a lot of media attention brought to it and brought out, people start to think there’s more to this,” said Sigrid. “We’ve got to look a little deeper into this, we need a little more training.”

The report recommends improvements to Moab Police’s policies and training, especially in the area of domestic violence investigations. North Port residents ABC7 talked with say police did the best they could under those circumstances.

“It’s a judgment call at the time of their arrival at the scene, and you can only go by the interviews and what they’re taught in how to handle such situations,” said Terri.

“They made a decision and that’s the decision they made, you can’t look back and change that,” said Albert. “What’s done is done.”

Moyer said he noted several things in the report that than be corrected. “The police officers never interviewed the initial person who called 911, who said they saw Brian striking her. There was a lot of missed opportunity to to the right thing.”

ABC7 asked the Laundrie family attorney, Steve Bertolino for comment. “The Moab incident was certainly an indication of the breakdown of Brian and Gabby’s ability to handle the stresses of spending 24/7 with each other,” he wrote. “Any reasonable person can appreciate this.

“The Moab officers responded and acted professionally toward both Brian and Gabby. Although the officers may not have followed the letter of the law in not citing Gabby, I believe they did the best they could given the responsiveness of both Brian and Gabby during the traffic stop.

“To label every disagreement between couples a citable domestic violence incident is to criminalize human emotions and reactions that should be dealt with outside of the criminal code. In my opinion the officers did the right thing by separating the two young adults.

“There are many other factors at play here that may have changed the outcome of the two young lives that have been tragically lost. We may never know if citing Gabby, or Brian for that matter, would have been the deciding factor in the final outcome but I personally don’t believe we should issue criminal citations and label everything as domestic violence.”